Alex Baluyut (b. 1956; Paco, Manila) is a pioneer in Philippine photojournalism and documentary photography whose practice spans more than three decades. Driven by the lifelong search for truth, he has traversed both frontlines and hinterlands, producing powerful and uncompromising images of rebellion, repression and resistance in the Philippines.

The youngest of six siblings from a prominent clan, Baluyut learned the craft as a young man during the mid-1970s. His mentors were older brothers and accomplished photographers Ted and Butch Baluyut. Alex grew up with his grandmother Rosario Dimayuga-Luz, a respected figure in Philippine interior design, and uncle Arturo R. Luz, the country’s seventh National Artist for the Visual Arts. Both instilled in the young Alex a sense of excellence across all fields of endeavor.

Baluyut became a photojournalist in 1979, during the height of Martial Law under Pres. Ferdinand Marcos. During the dictatorship’s waning years in the early 1980s, he and his colleagues extensively chronicled the protests, marches, strikes and militant actions of the day, giving a face to the masses opposing the regime.

During the height of his work, Baluyut resigned from the prestigious wire agency Associated Press to pursue a long-time dream of covering Mindanao and the people’s struggles in the region. His first book Kasama (1987) captured complex facets of daily life within the New People’s Army (NPA) with whom he lived with, on the run, for four months.

Working freelance after 1986, Baluyut produced a second book with the Philippine Center for Investigative Journalism, titled Brother Hood (1993). Immersed in the Western Police District of Manila for six months, Baluyut explored the web of relationships among hardened criminals, juvenile offenders, and authorities mandated to protect citizens. Kasama and Brother Hood won the National Book Award in 1986 and 1996, respectively.

Baluyut repeatedly returned to Mindanao in the 1990s, fulfilling a personal promise to document the peoples of the island. The series, Gikan sa Erya (1995-1997), captured images of its vulnerable communities around the environmentally-protected zones of Agusan Marsh, Mt. Kitanglad, and Mt. Apo, which were by this time threatened by the impacts of development aggression.

Chronicling stories from Manila to Mindanao, Baluyut’s body of work affirms how the Filipino people endured and struggled despite the dictatorship, civil war, crime and conflict. “Never underestimate the power of an individual statement, a personal vision, which might be your own, that’s the way I survived, Baluyut recalls of these years.”

Baluyut helped organize, professionalize and educate a generation of photographers by co-founding the non-profit organization Photojournalists’ Center of the Philippines; initiating the country’s first Masterclass in Documentary Photography; and helping to institute the Konrad Adenauer Asian Center for Photojournalism at the Ateneo de Manila University, serving as a faculty member and mentor for its diploma program.

Now based in Los Banos, Laguna, Baluyut continues to uphold humanitarian ideals as he enters his senior years. In 2013, he founded the non-profit Art Relief Mobile Kitchen (ARMK) to help survivors of Typhoon Haiyan (Yolanda). It has since then served close to 300,000 hot meals to communities displaced by disasters and conflict across Central Luzon, Eastern Visayas and Northern Mindanao, as of this writing.

Baluyut, Alex and Limjoco, Lenny. Kasama: A Collection of Photographs of the New People’s Army of the Philippines. Makati: International Concerns for Philippine Struggles-ICPS Southern Tagalog, 1987.

____________. “I Don’t Make Decisions on Who Will Die”, Undated statement, written during his days at the Agence France Presse. 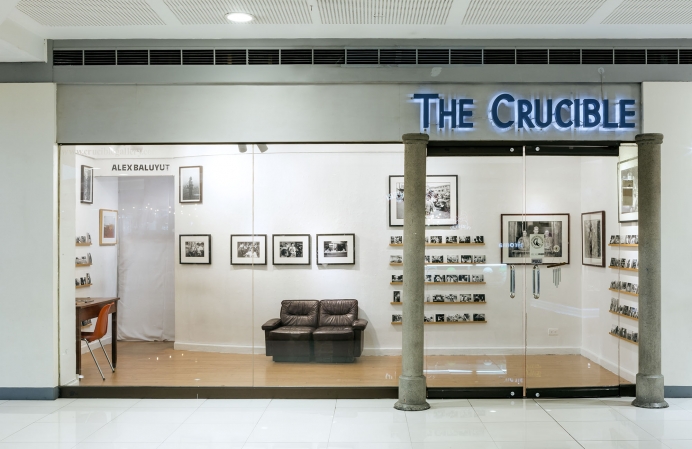 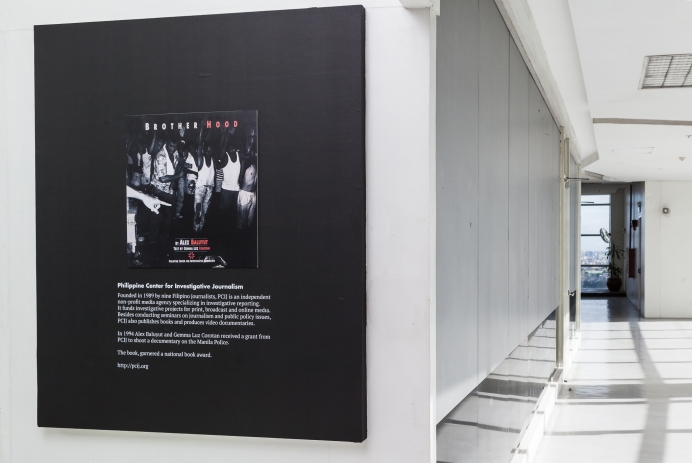