Nap Jamir II (b. 1952, Manila) was introduced to photography and the arts at an early age by his father, an architectural photographer active in the 1950s and 60s. As he grew up, he was exposed to the works of many photographers and artists through his father’s collection of photography books and magazines and learned the rudiments of photography, camera and lens equipment and darkroom printing techniques. He took up Communication Arts at the Ateneo de Manila University in the late 1960s but dropped out in the early years of Martial Law. He initially wanted to pursue film but due to the lack of access to equipment, he turned to photography instead. He participated in his first group exhibition at the Sanctuary Gallery run by artist Alan Rivera in 1974 and soon after became part of Shop 6, a loose group of artists led by Roberto Chabet, who were known for their conceptual and progressive works.

Working with various photographic materials and techniques, Jamir experimented with traditional darkroom prints, instant photography, photocopies, and other kinds of image reproduction. His works are informed by the photographs of Duane Michaels and Arthur Tress as well as his interests in Surrealism and Beat literature. His first solo exhibition was held at Shop 6 in 1974. He also held two solo exhibitions at the Cultural Center of the Philippines (CCP) in 1976 and 1979 and participated in several group exhibitions at the CCP, including the Thirteen Artists (1974), Otherwise Photography (1974, 1981), Pictures (1975), Nine Photographers (1978), and the CCP Annual (1976, 1977, 1978, 1980, 1981). He was also part of the ASEAN Mobile Exhibition of Art & Photography in 1981 and the Valparaiso Biennial.

In the 80s, Jamir shifted to commercial photography and co-founded the Shadow Visual Design Group with photographer Neal Oshima. He has also worked as a cinematographer and director for film and television since 1985. He currently teaches at the UP College of Fine Arts, UP Film Institute and the Asia Pacific Film Institute and regularly conducts workshops with UP, other universities and the Film Development Council of the Philippines. He has recently returned to photography and was included in the survey book Photography in Southeast Asia by Zhuang Wubin, published by NUS Press in 2016. His works were also part of the exhibition The 70s: Objects, Photographs & Documents at the Ateneo Art Gallery in 2018. 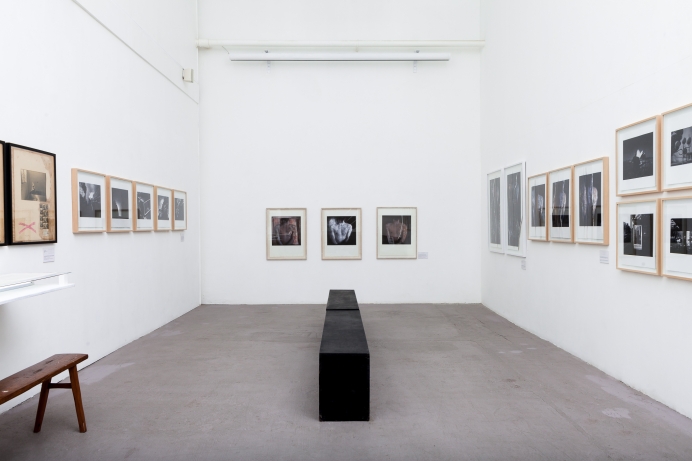